The Best Core Exercises for Runners over 40 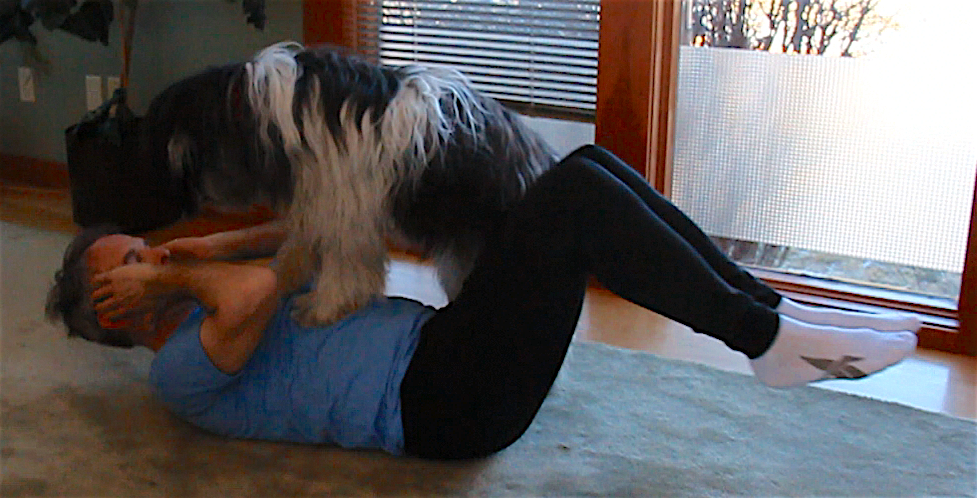 Really. When is enough, enough? When will they stop with the core, the strength, the physio, the fruit, the vegetables, the juicing, the gluten-free?

Ever feel like that? Feeling it now? That “yeah, I know…”.

I am so with you. For me it’s an on-again off-again effort to keep up with core. I’ll get on it for a month and then forget for a time or two and then it gets to be hit and miss, then mostly miss and it’s gone.

So I’m not the one to lecture you on all the great things it does for runners like stabilizing the trunk, strengthening the glutes, tightening the abdominal wall, supporting the spine (especially the lower back), all of which keeps parts like the knees and hamstrings and quads and calfs and ankles and hips happy. I won’t, because we know that. And we know we know that but…

So I am going to give you the best way I’ve found to get that little chunk of work in.

Years ago my wife bought me Tony Horton’s Power 90 workout series. Tony has since updated the series, but the old version included an ab routine that was both quick and effective. He called it the TH-100. 10 exercises x 10 reps. Done in about 5 minutes. Three times a week. It was simple and most importantly short. He’s updated it now and I expect the new routine is over-the-top good and hard, but I like this one because it gets the job done with minimal fuss. It’s probably available on DVD at a garage sale near you, but short of that, I’ve put together a few quick pics (dog included) to show you generally what the exercises look like.

No machines required. No workout clothes even. And the best part is you can do fit it in just about any time – at work on a break, at home before dinner, at the mall waiting for your friend who borrowed your car to go make a beer run. And you can feel like a saint for going beyond running to make yourself not just a better runner but, wait for it, a more solid person.